Who Do You Think You Are?

Authentic identity starts and ends with God. Knowing Who created you, How beautifully He created you and Why He purposefully created you. 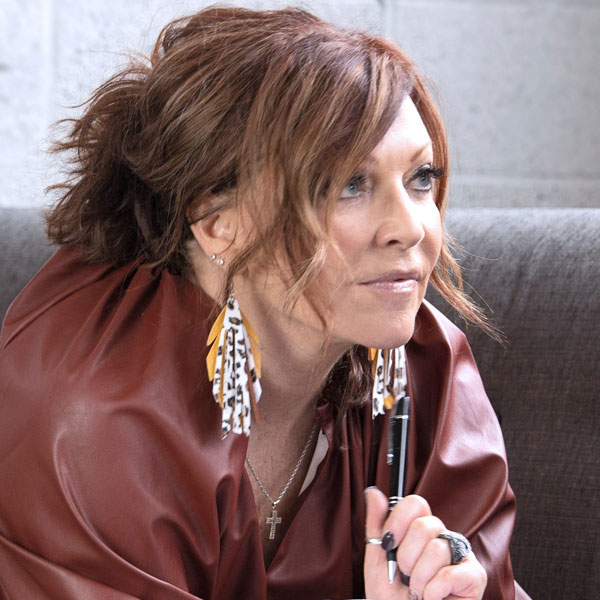 Now, there were seven itinerant Jewish exorcists, sons of Sceva the high priest, who took it upon themselves to use the name and authority of Jesus over those who were demonized. They would say, “We cast you out in the name of the Jesus that Paul preaches!”

One day, when they said those words, the demon in the man replied, “I know about Jesus, and I recognize Paul, but who do you think you are?”

Then the demonized man jumped on them and threw them to the ground, beating them mercilessly. He overpowered the seven exorcists until they all ran out of the house naked and badly bruised.

The story is real

It captivates me on many levels, but one observation calls out to me; the destruction of seven men started with this one question, Who do you think you are?

The belittling question was purposefully evil. An intimidating, vile, and demonic character poked and probed. He knew how to use shame as a means to end the progress of all seven men in one fell swoop.

But first, let’s explore the other lessons threaded throughout this story. I definitely see more than 1, 2, even 3 messages I could preach!

For one thing, you can’t have authenticity in Christ without a personal knowledge and personal relationship. These guys knew about Jesus. But just knowing about Jesus doesn’t cut the mustard. You can’t fulfill your purpose or walk in true identity, grace, and authority without a first-hand, intimate and personal relationship with the Christ. All genuine identity must be anchored in His truth. If identity isn’t, you’ll be beat-up and stripped naked by imposter syndrome staring you down, while continuous echoes whisper who do you think you are?

Second, demons are real. If you’re called to setting captives free, do your homework. The odds were in favor of the seven men. The number seven in the bible even refers to “God’s perfect number.” Divine. Order. And yet, they failed.

I have no doubt that these dudes were sincere. They wanted to help people. But you can’t be flippant when it comes to demonic forces and strongholds. Had these guys truly known Jesus, one mention of His name would have been enough to break the hold and free this captive man of torment. So, remember, your identity is also connected to your authority.

The third thing I see; initiative is to be lauded. I love the mojo of these seven. They took it upon themselves to go forward. I’m not sure what happened to them after their dismal and embarrassing failure, but what I do see is the results of their courage. After this event, a revival broke out; a true move of God.

Lesson 3 is simply this; when we try something and it fails, always remember that failure is an event, not an identity. We tried something, it didn’t work. That does not make us failures. It makes us wiser. There is no teacher like that of failure IF we choose to extract the lesson this sage will teach us. Evaluate what went wrong. Reframe the circumstance, learn, and try again. I hope the sons of Sceva did that. Instead of saying, “Here we were doing something right and what did we get for it? Beat-up and bruised, both body and ego!”

Instead, I hope they said, wow, we are blessed to be alive. And we sure did learn something. Next time, we will be ready because now we know Jesus as our own friend. But the good news is, look at all this revival. Let’s write a book and call it How We Survived a Mad-Man!

The final lesson I am pondering is what happened in the space—unwritten in the story but certain to have transpired—between the sinister question, who do you think you are? and the bum’s rush, beat-down that followed?

That question caught the seven men off guard and no doubt struck panic in their hearts . . . who DO we think we are? The one-two punch delivered by the accuser hit their head and gut at the same time. Shame tasered them as they staggered and stammered. The query rendered these enthusiasts void of power in a hot second. Who do you think you are?

Have you felt that kind of smallness before? The question of identity can bring us to our knees as we face intimidating whispers challenging our purpose and calling. Who do you think you are to be doing this? Who are you to write, speak, succeed, teach?

Satan knows he has a winning headline, so why change the script? Identity shaming has worked over and over, on all people for centuries, so why not keep it up? Today, we even have a nice name for it, “Imposter Syndrome.” Sounds legit. But I.P. is nothing more than demonic intimidation designed to stop you—taser the courage right out of you. And leave you impotent, deflated, and drained of identity-power in order to stop whatever incredible, brilliant, and brave mission you are on.

Here’s the point, you have to be ready to answer this question. It WILL come, especially when you’re making progress and moving toward your dreams and goals. You must stand and say, who am I? I am a CHILD of God! I’m Brave, and full of power and authority. I am called, anointed, and appointed. I am favored by God. That’s who I am!

This leads me back to the top of this article, you can’t say that and remain in-tact if it isn’t true of you!

If you don’t confidently know how to respond to these questions, you won’t triumph over the other ones. So, take time, discover the answers, claim them as your own, and stand in your God-identity.

I've commanded you to be strong and brave. Don't ever be afraid or discouraged! I am the LORD your God, and I will be there to help you wherever you go.   Joshua 1:9